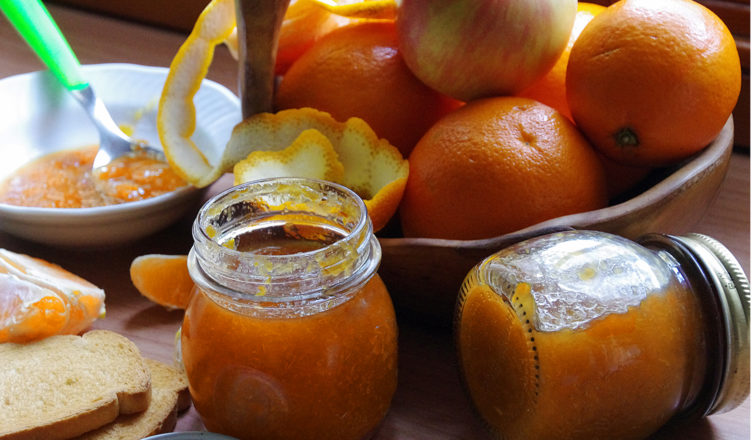 Orange marmalade has admirers around the world: Not by chance, there are many recipes that have the purpose of obtaining a more or less bitter and different product for color texture and aroma. Our recipes call for the use of normal oranges (not the bitter ones) and use of the peel. The aroma of cinnamon and cognac is our choice, but successfully experimented for years, that of course you can modify to your taste.